In an admission that strikes to the heart of the corruption enveloping Biden Inc, Hunter admitted that he would not have been on the board of the Ukrainian natural gas company if his father was not VP.

He added, “It is impossible for me to be on any of the boards I just mentioned without saying that I’m the son of the vice president of the United States… I don’t think that there’s a lot of things that would have happen in my life that if my name wasn’t Biden.”

Hunter was paid $50,000 a month to be on Burisma’s board while his father was in charge of Ukraine policy. The only marketable characteristic Hunter has is his last name and his relation to Joe Biden. Hunter had no experience in Ukraine or with natural gas. 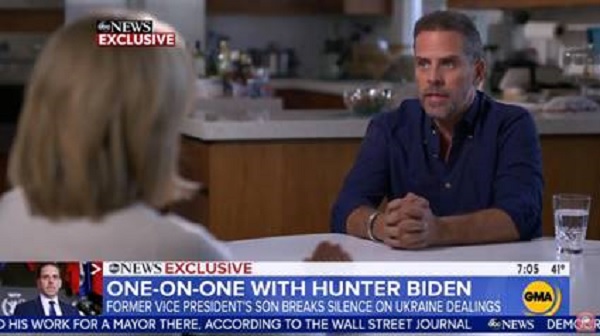 Watch: Hunter Biden: Would “Probably Not” Be On Any Foreign Company Boards If Joe Biden Not VP

But that’s not all, Hunter’s disastrous attempt to not continue to be a distraction for his father’s campaign also revealed that Joe Biden lied about discussing his son’s business dealings.

In the same breath, Hunter said that he and his father did not discuss his business in Ukraine EXCEPT there was that one time.

The Bidens can’t have it both ways.

Hunter admitted that he discussed business with his father. Joe Biden continues to lie about it. 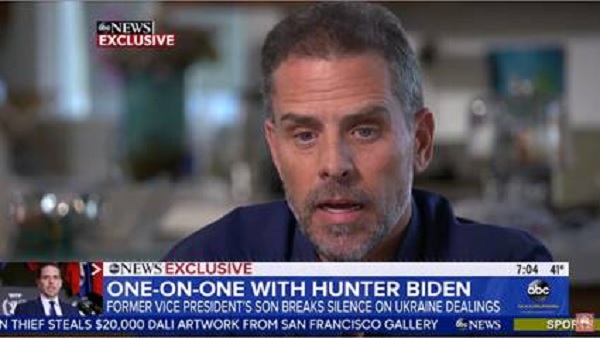 Stop The Madness. Hunter’s interview this morning solidified the swampy dealings that have given Joe Biden the well-deserved name Quid Pro Joe. Hunter Biden’s Ukrainian and Chinese business partners knew what they were getting with Hunter: access and influence with Joe Biden.